Zbigniew said Dachau was the best camp. It was clean and the prisoners did not fight for food. In Buchenwald on the quarantine it was also clean and organised. In Mannheim, and especially in the Adlerwerke in Frankfurt, it was cold, food was lacking, they worked too hard and there were lice. But the worst was Bergen-Belsen, it was a "camp of Death and hell on Earth."

Bergen-Belsen proved to be an extermination camp, where prisoners were sent to be killed. There were different nationalities. On the left side were permanent barracks for men, on the right for women.

The conditions in the camp were so terrible that cannibalism happened there. Some of the corpses were missing a calf. Deadly hungry prisoners ate them. One day, Zbigniew was invited to a "feast". Lice were everywhere; in Bergen-Belsen bodies were black with lice. Some extremely hungry prisoners, raked them with hands from their bodies put them straight into their mouth and ate them.

Soon after the arrival, the transport of the weakened prisoners from Adler's plants was assigned to barracks without any beds. They slept on a dirty, wet floor. The only bunks in the corner were the for block-person and Kapo. It was crowded and dark, if someone wanted to go to the toilet, he would have to walk on the bodies of other prisoners. Often, the prisoners defecated where they were lying. Most of them had bladder complaints from the cold and were incontinent. They were not allowed to leave the barracks at night. The stench was unbearable. Every day fewer and fewer colleagues rose for the morning roll call.

Bodies of dead prisoners lay in piles on the left side of the barracks. Removing them was done by another commando of Russians.

When he arrived at Bergen-Belsen he met a Jewish girl. She told him that she was being treated well, as the Germans intended to trade her for money and favours from the allied forces. Fortunately for Zbigniew, she decided to be kind to him and gave him some water.

The next morning, an SS-man picked six of them, including Zbigniew, and moved them to the No. 1 working block. Prisoners in this block cleaned the camp. They had bunks, were able to clean camp baths and, got a bowl of soup as a reward. He feels that he was selected because the water he had been given improved his appearance and, made him look fitter than many of his comrades.

The prisoners from working blocks were allocated a bowl for themselves, the others, the inoperative prisoners, had to share a bowl. They were so hungry that, when they got their soup, the one with a bowl fled to eat the whole lot while the other prisoner chased him. The soup was often spilled. You had to protect your very small food portions and often fight for them.

Initially, Zbigniew had to chop a tree to get a bowl of soup. He was so weak that he couldn’t lift the axe and chop. The Kapo secretly gave him a few chips, so the SS guard would not kill him. The next day, the Russians carried him on a wheelbarrow because he could no longer walk and, took him to clean the baths. They liked him, he spoke very good Russian and, they respected him for fighting against Germany. They called him 'Polish partisan' and asked him ‘How many Germans he killed?’.

Bored gestapo men invented ‘fun games’. Cooks would call the prisoners to the kitchen, offering food. Around the corner, hidden SS men beat up the arrivals.

Once the SS guards gave them bread to celebrate a German holiday. Zbigniew was in the front row, from behind hungry prisoners pushed them forward. SS men beat with sticks those at the front. His head was severely beaten and, he was swollen all over.

In April, artillery shelling was heard. Josef Kramer, the commander, decided to clean the camp. In front of the barracks lay piles of corpses. He ordered to the prisoners to dig a very deep pit and, all alive to carry corpses. They were very weak; it took four to pull a single corpse. They had to be careful not to fall into the pit. Those who fell in were unable to get out.

On the 15th of April 1945 Zbigniew stood at the gate of the camp, holding it with his right hand. Suddenly an English motorcycle patrol drove by. Zbigniew went to the Russian prisoners and told them that the English had arrived and, then fell over and fainted from exhaustion. British Royal Artillery liberated the camp.

The Russians, thinking that Zbigniew was dead, threw him on a pile of bodies of dead prisoners. There he was found by two female prisoners he had met in the camp. They had been paramedics in the Warsaw Uprising. They drew him from the pile of bodies (he moved his hand) and, with the English organized to transport him to the hospital in Bergen (unfortunately he does not remember their names). He was there for a few months. The English nurses called him prisoner 'X' because he had lost his memory completely and, did not know who he was. He learned to walk, slowly coming back to health, but his memory did not return. After leaving the hospital, he moved to a camp in Celle.

He wanted to go back to Poland and got into a car with some Russians. But on hearing what they had planned for the Poles, he fled the car. They sang about Stalin, by whom Zbigniew was forced to flee from his family properties in Volyn. For some time, the Germans from the surrounding villages fed him. Then he returned to the camp in Celle, where he was recognized by a colleague from the camp, Paszkowski, who told him his name and who he was. He returned to the hospital, where he was well-nourished and treated, this time as Zbigniew Muszyński, a prisoner of war. His memory happily came back. 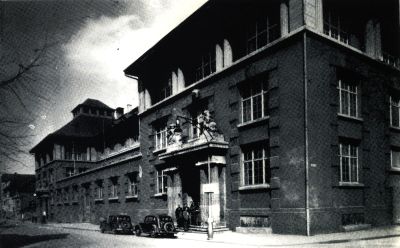 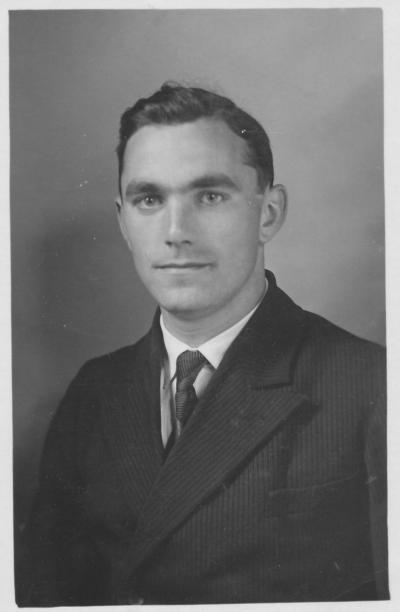 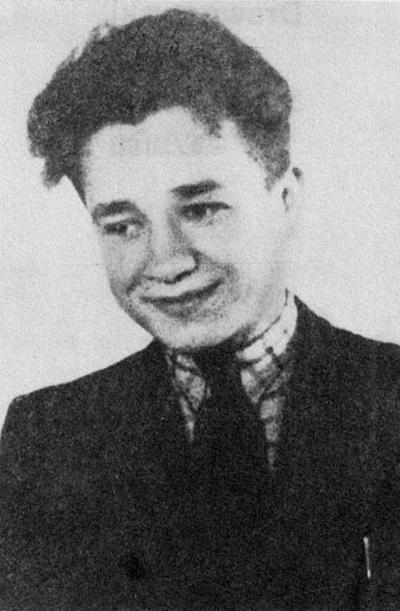