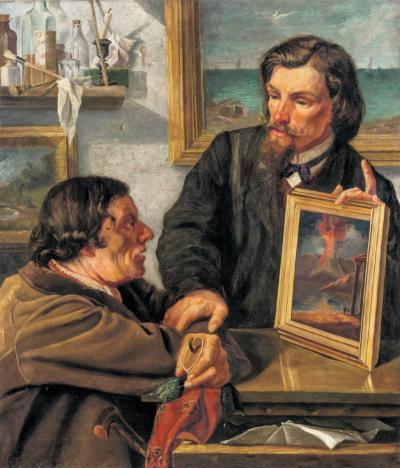 Szwojnicki, Roman (Szwoynicki, Alekna-Szwoynicki, Szwojnicki-Alekna, Alekna-Švoinickis), Polish-Lithuanian painter, member of the "Munich School". From 1873-75, he studied at the Academy of Fine Arts in Munich under the historical painter Sandór (Alexander von) Wagner (1838-1919) and had private lessons in the atelier of the horse and battle painter Józef Brandt (1841-1915, member of the "Munich School"). *21 December 1845 on the Rady/Rodai estate near Krakinów/Krekenava, southwest of Poniewież/Panevėžys/Ponewiesch, Lithuania, †13 January 1915 ibid. Son of the landowner Michał Grzegorz Antoni Szwojnicki and his wife Zofia Kulwieć; cousin of the author Henryk Sienkiewicz (1846-1916). From around 1856, attended the Institute for the nobility/Instytut Szlachecki in Vilnius where, from around 1856, he had his first artistic training under the painter Kanuty Rusiecki/Kanutas Ruseckas (1800-1860). During the January Uprising of 1863, he joined rebel groups and took part in combat operations. He was captured by the Russians and detained in Tobolsk to the east of the Urals. In 1869, he was amnestied and went to Warsaw. From 1871-73, he studied painting in the drawing class /Klasa Rysunkowa and in the private atelier of the historical and landscape painter Wojciech Gerson (1831–1901). The painting "Art of the province" from 1872 (see cover image), was created during this period, with comparisons of the figure on the right with photographs showing that this is obviously a self-portrait. It was exhibited in 1873 at the Warsaw Society for the Promotion of Fine Arts/Towarzystwo Zachęty Sztuk Pięknych. According to Rūta Janonienė, the picture was an ironic parable of life in the province. It shows how the painter tries to talk a buyer into buying a painting that depicts a rather remote scene, namely the eruption of a volcano, presumably Vesuvius. Still in the same year, Szwojnicki went to Munich. On 13 October 1873, he started at the painting school of the Royal Academy of Fine Arts in Munich, at the same time as Władysław Eljasz (1847-1921), Włodzimierz Łoś (1849-1888), Tadeusz Ajdukiewicz (1852-1916), Kazimierz Alchimowicz (1840-1916), Jan Chełmiński (1851-1925), Wojciech Kossak (1856-1942), Alfred Wierusz-Kowalski (1849-1915), Wojciech Piechowski (1849-1911) and Aleksander Mroczkowski (1850-1927, all members of the "Munich School"); until 1875, he studied under the historical painter Sandór (Alexander von) Wagner (1838-1919). Szwojnicki also took private lessons in the atelier of the Polish horse and battle painter Józef Brandt, who was the focal point of the Polish painter colony that had grown quite substantially by that time. In 1878, Szwojnicki returned to Munich. In 1889, he received an award at the World Exhibition in Paris. In 1904, after the death of his older brother Lubomir, he moved to the family estate in Rady where he stayed to manage the agricultural estate. Szwojnicki painted landscapes, in dark tones with farm buildings and human staffage, which were influenced by the plein air style. In particular, he created genre scenes from the life of farmers and the nobility ("Political dispute", 1874; "The horse purchase", 1889). Modelled on Józef Brandt, he created scenes from the time of the Polish aristocratic republic in the 17th and 18th century. They show the nobility at meetings of the Sejm or with their family. He also painted allegorical compositions and portraits. His works can be found in Vilnius Lithuanian Art Museum/Lietuvos dailės muziejus, in the Lithuanian Art Centre TARTLE/Lietuvos meno pažinimo centras TARTLE and in the National Museum,/Muzeum Narodowe in Warsaw.

Lithuanian biography to mark a virtual exhibition relating to the January Uprising, http://www.panbiblioteka.lt/lt/laisvalaikis-bibliotekoje/8-nenurodyta/511-romanas-svoinickis

Photographic portrait of 1889 in the National Library of Warsaw/Biblioteka Narodowa w Warszawie, https://polona.pl/item/portret-romana-szwojnickiego,NzExNzYxNjA/0/#info:metadata 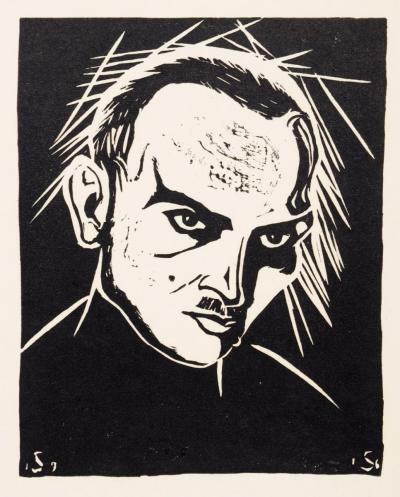 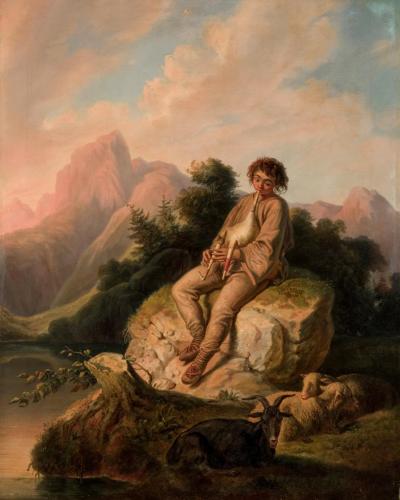 Korneli Szlegel (1817-1870), Polish painter, member of the "Munich School". In 1842/43, he studied at the Academy of Fine Arts in Munich under Wilhelm Kaulbach and the Nazarene Julius Schnorr von Caro... 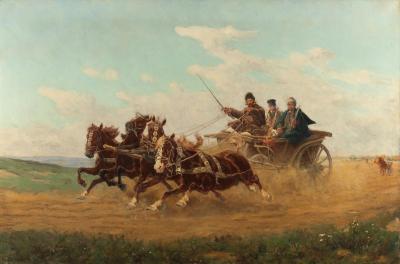 Władysław Karol Szerner (1870-1936), Polish painter, member of the "Munich School". After spending his youth in Munich where he went to school from 1888-92, he studied at the Academy of Fine Arts and ...