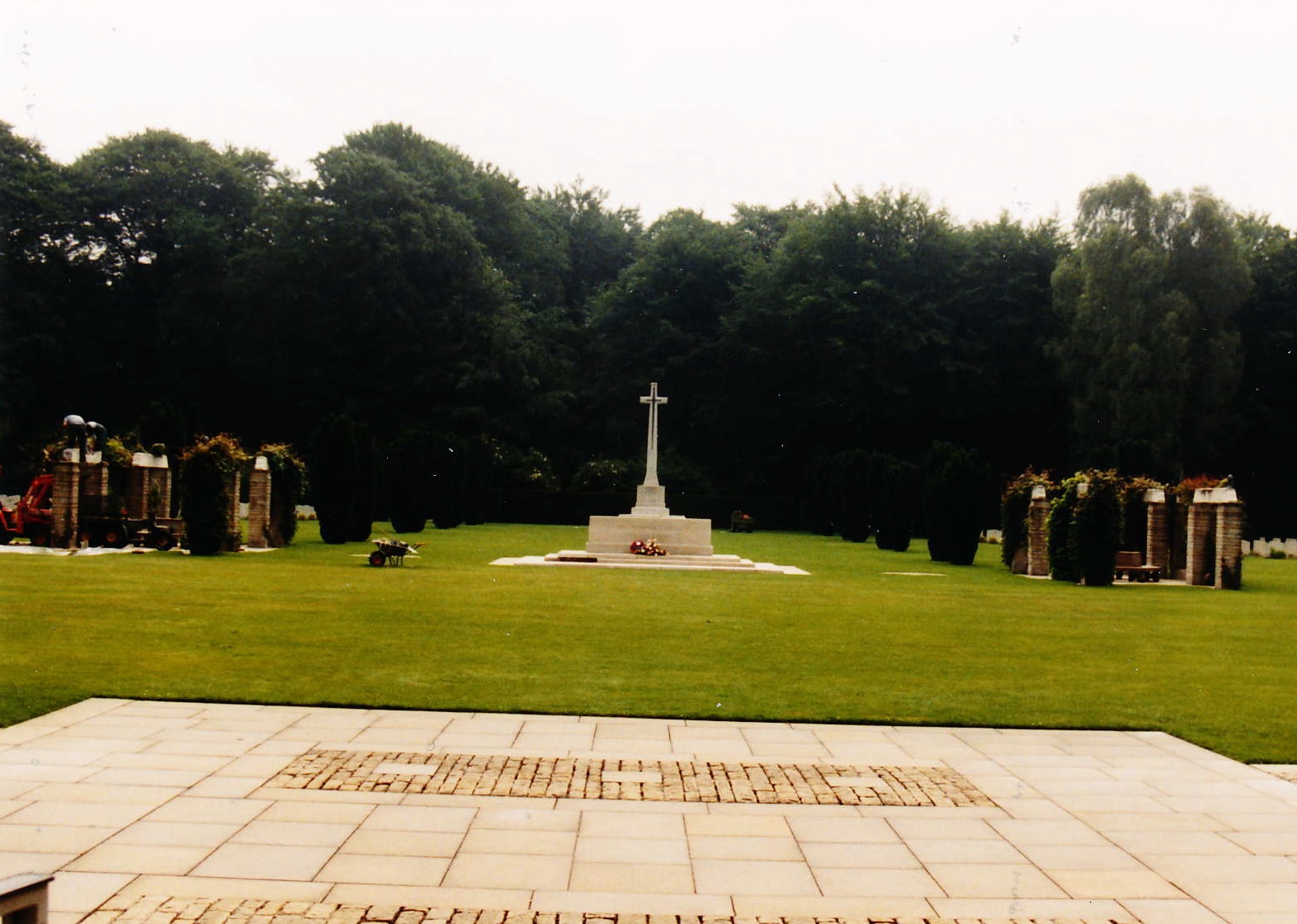 This cemetery is one of twelve English war necropolises in the Federal Republic of Germany. The road to it is marked from all directions with white information boards with the inscription REICHSWALDE FOREST WAR CEMENTARY CLEVES.

The cemetery is the burial place of 7,646 soldiers killed during the Second World War: 6,406 from Great Britain, 706 from Canada, 327 from Australia, 127 from New Zealand, 1 from South Africa, 1 from the Netherlands, 1 from the United States, 1 from Norway and 1 unidentified.

It also became the place of final rest for 73 Poles, 64 pilots from Polish squadrons fighting with the allied air forces and 8 soldiers from the 1st Polish Armoured Division. They were buried in plots No. 55, row H, and 59, row A.

The data in the left column comes from archival materials, the right - from the tombstones (original spelling preserved):

This war cemetery was designed and built, like the other 11 English war cemeteries in West Germany and Berlin, under the supervision of the Commonwealth War Graves Commission. At the entrance, there are two boards in English and German, reading:

THE AREA OF THIS CEMETERY WAS DESIGNATED BY GERMAN SOCIETY AS A PLACE OF HONOUR AND ETERNAL REST FOR SAILORS, SOLDIERS AND PILOTS KILLED DURING THE WAR