Heinrich Schiefer (1906-2006), German-Israeli trombonist of Jewish-Polish heritage. Was born and grew up in Berlin-Kreuzberg the son of Polish nationals. Had private lessons with a trombonist at the Berlin State Opera. Played as a musician in silent film cinemas in the UFA Orchestra and in a coffee shop band. In 1929, awarded German citizenship. In 1934, member of the orchestra of the Jewish Cultural Federation. In 1935, declared a stateless person. In 1936, emigrated to Palestine as a member of the Palestine Orchestra founded by Bronisław Huberman. 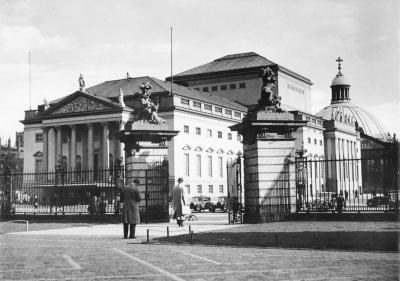 Schiefer, Heinrich (1906-2006), German Israeli trombonist of Jewish-Polish heritage. Was born and grew up in Berlin-Kreuzberg the son of Polish nationals. Had private lessons with a trombonist at the Berlin State Opera. Played as a musician in silent film cinemas in the UFA Orchestra and in a coffee shop band. In 1929, awarded German citizenship. In 1934, member of the orchestra of the Jewish Cultural Federation. *16 October 1906 in Berlin, †10 February 2006 in Ramat Gan/Israel. Born and grew up in Gneisenaustraße 8 in Berlin-Kreuzberg. His parents, who were Polish citizens, ran an egg wholesale business. School-leaving examination at the Luisenstädtischen Realgymnasium. Against his parents’ wishes, who wanted him to study medicine, he embarked on a career in music. He initially took private violin lessons, but then started learning the trombone under the trombonist from the Berlin State Opera. He was awarded German citizenship in 1929. In Berlin he worked as a musician in silent film cinemas, in the UFA orchestra and in a coffee house band, and eventually in 1933/34 in large jazz orchestras in Switzerland, Spain and the Netherlands. He was unable to accept the offer of a place in the light-entertainment orchestra in Hilversum because he had not been granted a work permit. In 1933, he married a childhood friend who converted from Christianity to Judaism. As the harassments on the German Reich frontier intensified, he stayed in Berlin where he played with the orchestra of the Cultural Federation of German Jews from 1934. He also gave private trombone lessons. On 14 February 1935, he received a letter from the Berlin Police Commissioner denying him German citizenship and declaring him a stateless person. After the Berlin Cultural Federation temporarily shut down (following the assassination attempt on the NSDAP national group leader Wilhelm Gustloff in Switzerland), he decided to emigrate. He turned down offers from the Symphony Orchestra in Baku and a jazz orchestra in Argentina. in 1936, on the recommendation of the conductor Hans-Wilhelm (William) Steinberg (1899-1978), who organised the Berlin auditions for musicians aspiring to join the Palestine Orchestra, which had been founded by the violinist Bronisław Huberman (1882-1947), he finally decided to emigrate to Palestine with his wife. In 1938, he was able to bring his sister’s son to Palestine. His sister had worked as a forced labourer for Siemens and had died of tuberculosis. In 1939, his parents managed to relocate to Palestine using entry certificates from the orchestra. In the same year, Schiefer and his wife became citizens of Mandate Palestine. Until 1972, he worked as first trombone in the Palestine Orchestra, which was renamed Israel Philharmonic Orchestra in 1948. Following an accident, he had to give up his profession but continued to work in managing the orchestra. He lived with his family in Tel Aviv until the end. – In its permanent exhibition “Jews in Kreuzberg”, the FHXB Friedrichshain-Kreuzberg Museum in Berlin has a display of Heinrich Schiefer’s family photos and written memoirs. After the Second World War, Schiefer had his German citizenship restored, kept in contact with his brother-in-law’s family in Berlin who still lived in the Schiefer family apartment in Kreuzberg, and travelled to Germany many times.

Memoirs of Heinrich Schiefer in the exhibition at the FHXB Friedrichshain-Kreuzberg Museum, https://berlin.museum-digital.de/index.php?t=objekt&oges=9572

Brief biography in the encyclopaedia of musicians persecuted during the Nazi era, Hamburg University, 2007 (https://www.lexm.uni-hamburg.de/object/lexm_lexmperson_00002207)

See also in this portal the article by Axel Feuß about Bronisław Huberman, page 11, https://www.porta-polonica.de/de/atlas-der-erinnerungsorte/bronislaw-huberman-und-deutschland?page=11#body-top

All links were last retrieved in September 2020. 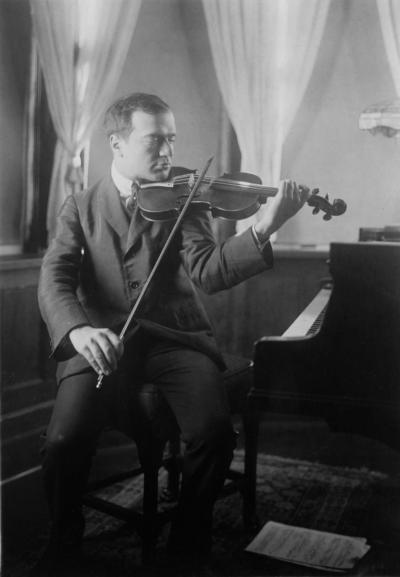 Bronisław Huberman (1882-1947), who in his day was the most famous Polish violinist in the world, lived and gave concerts in Germany during the First World War and the 1920s. 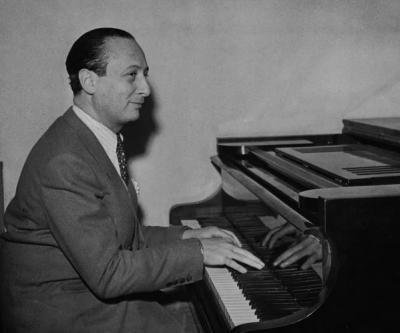 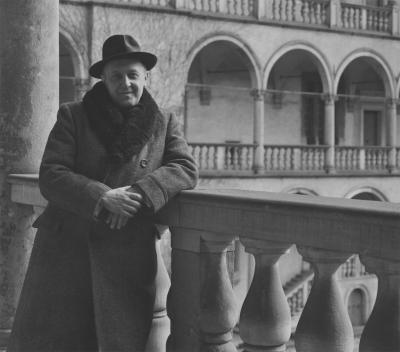