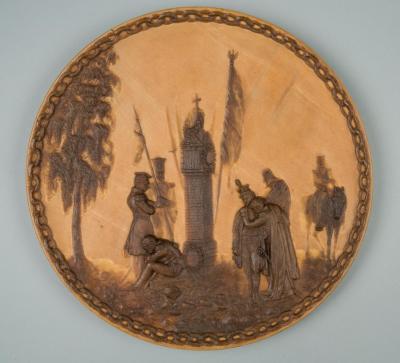 Szczygielski, Antoni, Polish sculptor, member of the "Munich School". From 1897-99, he studied at the Academy of Fine Arts, Munich. *17 May 1868 in Rokiciny near Brzeziny/Brzeziny (gmina Bełżec), District of Tomaszów Lubelski, †14 December 1913 in Prague. He was the son of a railway official. After attending school in Łaznów, he worked on the railway. At the end of the 1880s, he travelled to Warsaw where he studied under Wojciech Gerson (1831-1901) in the Warsaw drawing class/Klasa Rysunkowa and in the sculpture atelier of Bolesław Syrewicz (1835-1899, member of the "Munich School"); he also worked as a stonemason. In 1891, he showed his first works, including terracotta sculptures, at the Society for the Promotion of Fine Arts/Towarzystwo Zachęty Sztuk Pięknych in Warsaw He subsequently produced busts ("Boy’s head", 1893) and reliefs with religious motifs ("Guardian angel", 1894). He presumably earned his living selling replicas. On 3 May 1897, he started at the school of sculpture of Syrius Eberle (1844-1903) at the Royal Academy of Fine Arts in Munich; he was friends with the sculptor Wojciech Brzega (1872-1941) and in 1898 he studied at the private painting school of Heinrich Knirr in Munich). In 1898, he exhibited a bronze sculpture "Apotheosis of Mickiewicz" at the Society for the Promotion of Fine Arts which was positively received by critics. In 1899, he left Munich and returned to Warsaw. After 1900, he travelled to Kujawy, Podolia and Lithuania, receiving commissions for sculptures in each of them. He created monuments to the authors Bolesław Prus and Henryk Sienkiewicz for the park of the landowner, art collector and amateur archaeologist Antoni Zaborski (1850-1907) near Pašušvys in Lithuania, north of Kaunas. Around 1903, he opened an atelier in Łódź, where he created a commemorative bust for the Holy Cross Church/Kościół Podwyższenia Świętego Krzyża w Łodzi  and busts of the town’s citizens. In 1903, he married the painter Józefa Kazimiera Wiśniewska (then Szczygielska, 1866-1913). In 1907, he went to Kraków with his wife and son, where he mainly enjoyed success as a portrait artist (busts of the doctor Henryk Jordan, the major landowner and politician Andrzej Potocki, and others). At the end of 1908, he moved to Zakopane with his family, where he worked with Brzega and co-founded with others the Society for art in Podhale/Towarzystwo "Sztuka Podhalańska". He worked with ceramics and created reliefs, vases and jugs with traditional Slavic motifs and ornaments. Towards the end of 1910, he took his family to Budapest, where he exhibited at the National Salon/Nemzeti Szalon and took on commissions for sculptures. In December 1913, he went to Meran, where he underwent treatment for a longstanding lung disease, before dying in Prague, where he is buried. It is believed his wife died there two weeks later. Many of his ceramic sculptures were lost in theTatra Museum, Zakopane/Muzeum Tatrzańskie w Zakopanem. 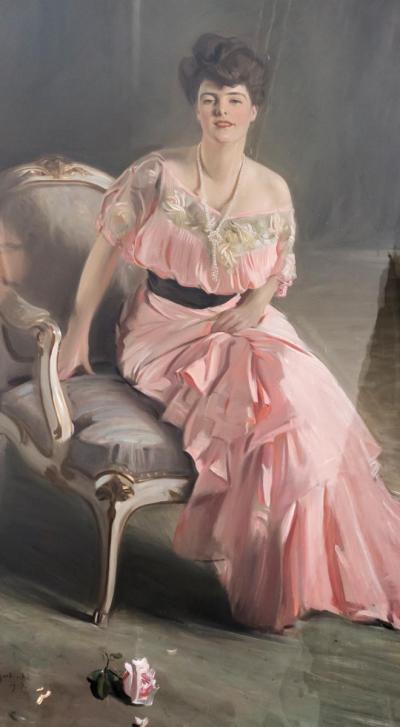 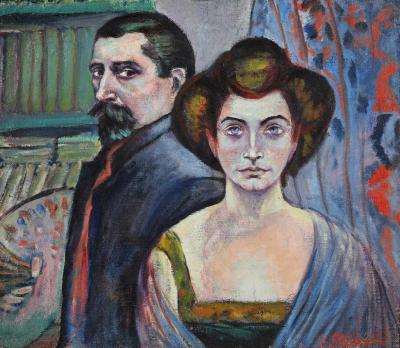 Stanisław (Stanislaus) Stückgold (1868-1933), Polish painter, member of the "Munich School". Prior to 1900, he worked as an assistant in state-run chemical laboratories in Berlin and Düsseldorf. In 19...