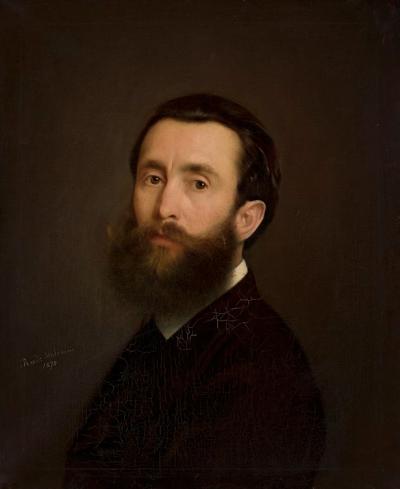 Stolzman, Henryk Radosław (Stolcman, Stoltzman, Sztolcman, Radoslaus Stolzmann), Polish portrait painter, member of the "Munich School”. In 1857, he attended the Academy of Fine Arts, Munich. In 1862, he was in Dresden, then in Munich again at the atelier of Wilhelm Kaulbach (1805-1874). *15 July 1834 in Kraków, †21 February 1901 in Warsaw. Son of the soldier Filip Marcin Stolzman and his wife Ewa, née Klassen; nephew of the military writer Karol "Bogumir" (Bogumił) Stolzman (1794-1854); brother of the painter Aleksander Stolzman (1819-1881). The Stolzman family, which was a noble Evangelical family, had lived in Kurland since the 17th century. His father fought in the November Uprising of 1830/31 and was exiled to Siberia. In 1834, he was granted an amnesty and settled in Kraków where his son was then born. In 1850, the family moved to Warsaw. Henryk Radosław finished grammar school in Warsaw in 1849. In 1849-55, he studied at the School of Fine Arts/Szkoła Sztuk Pięknych w Warszawie in Warsaw under Rafał Hadziewicz (1803-1886), Marcin Zaleski (1796-1877), Jan Ksawery Kaniewski (1805-1867) and Chrystian Breslauer (1802-1882). On 28 October 1857, he joined the antiquity class at the Royal Academy of Fine Arts in Munich, where it seems he only studied for a year. In 1858, he is said to have worked in Warsaw again in the atelier of the landscape and historical painter Wojciech Gerson (1831-1901). In 1860, he was one of the founders of the Society for the Promotion of Fine Arts/Towarzystwo Zachęty Sztuk Pięknych in Warsaw. In July 1862, he married Ludwika, née Jastrzębska, widow of the lawyer Tomasz Pryliński, and then travelled with his wife and four stepchildren to Germany. He initially went to Dresden. In 1862, he started studying in Munich again, this time at the private atelier of the historical painter Wilhelm Kaulbach (1805-1874). In 1865, the family returned to Warsaw where they lived in his wife’s house and he set up a painter’s studio. He worked as a painting and drawing teacher and gave private lessons. His wife’s music salons were frequented by the composer and conductor Adam Münchheimer (1830-1904) and the composer and violinist Henryk Wieniawski (1835-1880). In 1876, he took his family to Milan, accompanied his stepdaugher Maria Stolzman-Prylińska (1851-1919), to her opera debut in Parma in 1877, and then travelled on to Como and Rome. In December 1878, he studied painting and sculpture in Florence and painted portraits of wealthy citizens from the town and from the Polish community. This was followed by some time in Siena, and the family then spent the 1880/81 music season in Nice. Stolzman then returned to Milan whilst his wife accompanied her daughter Maria on concert tours. In 1888, he returned to his wife in Kraków for a short time before settling in Warsaw. In his first exhibitions at the Warsaw Society for the Promotion of Fine Arts in 1860-62, 1869 and 1875, Stolzman mainly showed portraits, including female, male and self-portraits as well as portraits of workers ("Warsaw sandpit worker", "Printer"). The outstanding stylistic and technical quality of his paintings was praised. He painted in the late Biedemeier style in dark tones with brightly lit skin tones (see cover image). A self-portrait has also survived from his second period in Munich (owned by the family). In Italy, Stolzman opened ateliers in all the cities he visited, where he painted local personalities and gave lessons. His works can be found in the National Museum/Muzeum Narodowe in Warsaw (portraits and nudes).

(Both links were last retrieved in October 2020) 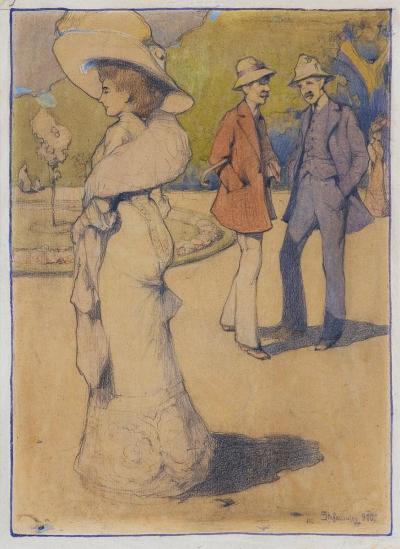 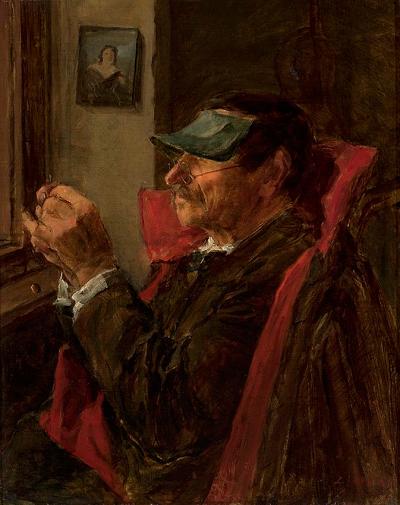 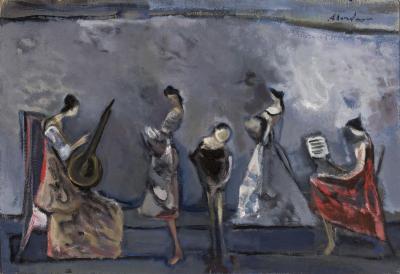