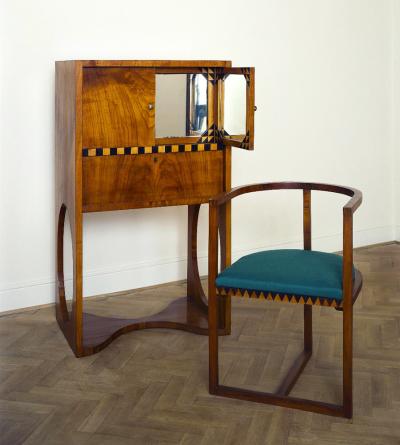 Tichy, Karol, Polish painter, illustrator and artisan, member of the "Munich School". In 1890/91, he studied law at the University of Munich, From 1891-93, he studied painting at the Academy of Fine Arts. *2 February 1871 in Bursztyn (now Burschtyn, Ukraine), †27 November 1939 in Warsaw. Son of the pharmacist Jan Tichy (†1889) and his wife Franciszka, née Ursel. After finishing grammar school in Kraków, he studied at the School of Fine Arts/Szkoła Sztuk Pięknych in Kraków from 1889-1890 under Feliks Szynalewski (1825-1892) and Izydor Jabłoński (1835-1905, member of the "Munich School"). He also studied law at the Jagiellonian University. In 1890/91, he continued his law degree at the university in Munich. On 29 April 1891, he joined the painting school of the illustrator and historical painter Gabriel von Hackl (1843-1926) at the Royal Academy of Fine Arts in Munich, where he studied until 1893. From 1893-95, he studied at the École des Beaux-Arts in Paris under a number of artists, including the historical painter and portrait painter Léon Bonnat (1833-1922). In 1896, he settled in Kraków. In 1901, he was one of the founders of the Society of Applied Art/Towarzystwo Polska Sztuka Stosowana and in the same year he became a member of the Towarzystwo Artystów Polskich "Sztuka" artists’ association. From 1904-08, he was a professor of painting at the School of Fine Arts/Szkoła Sztuk Pięknych w Warszawie in Warsaw, which had reopened in 1904. He then travelled to France, England and Italy, with a trip to Egypt following in 1906/07. From 1914-17, he lived in Kraków again. In 1918, he organised the public pedagogical courses for drawing teachers in Warsaw, where he taught painting until 1922. From 1923-39, he was a professor of painting and (from 1924) of ceramics at the School of Fine Arts again (from 1932, Academy of Fine Arts/Akademia Sztuk Pięknych w Warszawie). In 1924, he was awarded the Officer’s Cross of the Order of Polonia Restituta. In 1926, he was involved in the founding of the Artists’ Association “Ład" (“Order”)/Spółdzielnia Artystów Plastyków "Ład", which campaigned to restore crafts in the areas of moulding, materials and workmanship. Tichy initially focused on painting, creating portraits and genre scenes. Sketched forms, flat areas of colour and dynamic compositions already indicate a leaning towards Art Nouveau. His most well known and frequently reproduced painting "Elegy/Elegia" (1900, National Museum, Warsaw/Muzeum Narodowe w Warszawie), with its flat painting style in strong colour contrasts and the serial motif of women with their striking hoods, calls to mind the paintings of Breton women produced by Paul Gauguin and Émile Bernard during their time in Pont-Aven from 1886. The close relationship to Symbolism and Art Nouveau is obvious even in the cover image with its philosophical references. His portraits are characterised by a contrast between wistfulness and dramatic tension. With their pale colours, his pastel portraits follow the works of Eugène Carrière, whilst his charcoal portraits are characterised by expressive contrasts and dramatic lighting. Between 1902 and 1914, Tichy concentrated on designed interiors, furniture and fabrics. With their geometric shapes, stark contrasts of light and dark, and intricate wood grains, the furniture pieces he designed follow the Vienna Secession style, particularly the designs of Josef Hoffmann and Koloman Moser (see cover image). His designs for kilims and stained glass windows are inspired by motifs from folk art and show stylised peacocks, hearts and vases with symmetrical decorations. Occasionally, they interface with the geometric Vienna Stilkunst. From 1918-20, he designed stage sets and costumes for the Teatr Rozmaitości in Warsaw and, in the 1920s, he created simple, purist ceramics with decorative coloured glazes. The majority of his works was destroyed during the Warsaw Uprising in 1944, but some have survived in photographs. His works can be found in family ownership, and in the Muzeum w Bochni im. prof. Stanisława Fischera in  Bochnia, in the Muzeum Archidiecezjalne w Krakowie in Kraków and in the National Museums of Kraków and Warsaw. 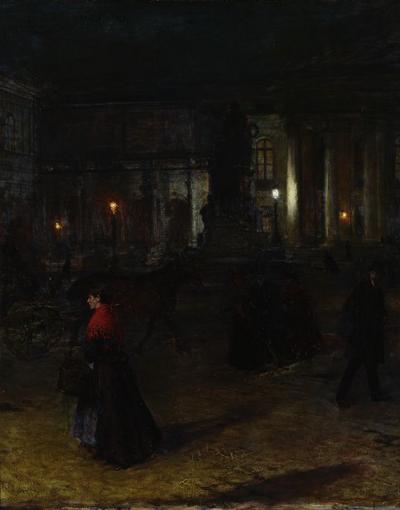 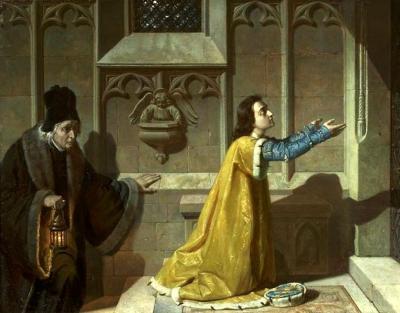 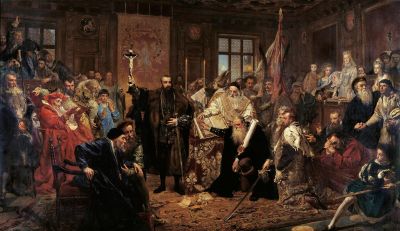