Kosmopoles in Bochum: European culture with a Polish focus from the Ruhr area

Art and culture with a Polish focus. Since 2008 the culture of the Ruhr area has staged the “Kosmopolen” initiative and brought it to exhibition spaces in Bochum and the surrounding areas, and sometimes even further afield. The story of an association which united jazz and klezmer, photography and literature and is still a cultural brand for creativity, variety and the search for the essence of Europe. 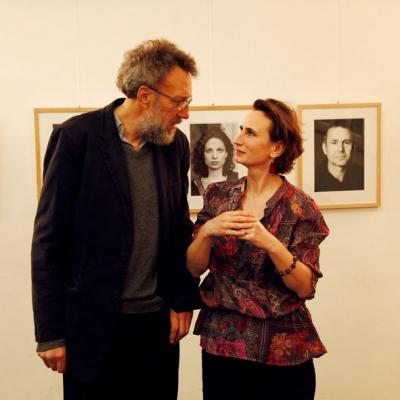 Since 2008, the word “Kosmopolen”, often in the dashingly curvaceous and self-confident Magneto font, has been seen on posters for concerts, readings and exhibitions from Dortmund to Krefeld. What is the meaning behind it and how does it link such varied activities? Kosmopolen is a “cultural brand” under which very different artists (but not just artists) from the Ruhr area with Polish roots (but not just Polish roots) come together to create culture – but of course, not just that. It is also worth mentioning “Kasienki & Tuwim”, the musical and reading events for children, the music festival “New Polished Tunes”, and countless author’s meetings and readings.

If it sounds somewhat eclectic and just a little confusing then that is all the more reason to take a closer look behind the scenes of Kosmopolen, where many traces of Polish, German and “Ruhr German” culture can be discovered.

The association and the initiative

The fact that Kosmopolen was a registered association (e. V.) was actually just a formality, says Emanuela Danielewicz, who was the founding member and chair until it was disbanded. In effect, she was the heart and the brains behind the initiative. That is why initiative is actually a better word than association, which brings with it the arrogance of fusty ‘clubbiness’, explains the photographer who has an atelier and a gallery at Springerplatz 29a in Bochum. Sometimes she also uses the word collective, but mostly it is a case of “the Kosmopoles” set up this or that, and in this case, she means the individual members.

At times, the association had 35 members, most of them artists. Musicians, such as Vitold Rek, Robert Kusiolek and Benjamin Garcia; authors, such as Artur Becker, actors, such as Joachim Król and Monika Bujinski.

The association was officially dissolved in 2019/2020. Apparently, the ‘clubbiness’ did not go down so well, although the events got bigger and became more popular. It is impossible to imagine the annual city festival “Bochumer Musiksommer” without the Kosmopolen. But the label will continue. It is even a registered trade mark: Kosmopolen®. And that is why there will still be a stage designed by the Kosmopolen at future Bochumer Musiksommer events.

The articles of association contain the standard phrases which the authorities like to read and which are usually included in the articles of cultural associations: The “promotion of art and culture” is a goal. Three other points are more interesting: the members view themselves as “pioneers for the new generation in music, art and literature”. Openness and the exchange of ideas are particularly important to them because “innovation and inspiration always come from outside”. That is why Kosmopolen wanted to “encourage the dialogue between that which was, that which is and that which will be”.[1]

The articles provide for “the promotion of understanding between the German and the Polish people”, but in our conversation Emanuela Danielewicz explained that it is actually about so much more than that. She stressed that the culture of the Ruhr area is an element that brings people together. Many Kosmopoles were born in Germany (like the actor Joachim Król, who was born in Herne), others came to Germany as children, like Danielewicz herself who ended up in Bochum via Berlin. Others came to Germany to study (like the jazz singer Kasia Bortnik) or as grown adults. Others, like the musician Benjamin Garcia, do not have any Polish roots.

The cooperative’s nucleus was in Bochum, the place where Danielewicz, the association’s founder, lived and worked. But not all members were “Ruhris” or people from the Ruhr area. And they took the ‘Kosmopole’ idea to Hanover, Berlin and Cologne. And anyway, Polishness is European, as will be explained later on. Another important issue for Danielewicz is to make the lost Jewish culture invisible. This is European too and it also connects the German and Polish cultures. 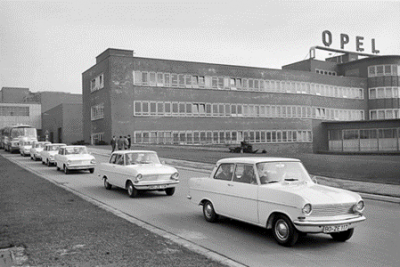 Camaraderie and solidarity at Opel in Bochum. Bochum’s Opel workers with a transnational background share their recollections.

The understanding of transnational spaces and the identities is critical to the characterisation of employees with cross-border Polish-German roots at Opel Bochum. 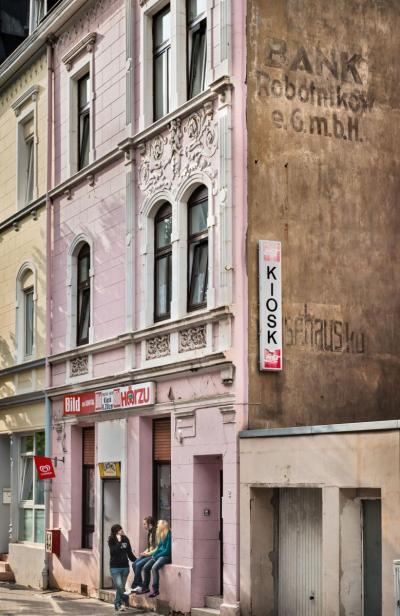 Polish workers have played a central role in the history of Bochum as a city, particularly in the period defined by mining and the iron and heavy industries. 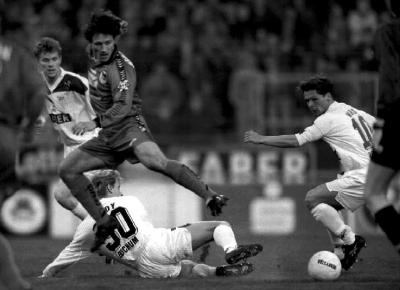 From the Sokół club to Dariusz Wosz – Polish sport in Bochum

The history of Polish sport in Bochum and Wattenscheid reflects the history of the Polish and Masurian migration.