A forbidden love – Princess Elisa Radziwiłł and Wilhelm of Prussia

They were childhood friends: Elisa, (born in 1803), the daughter of Prince Anton Radziwiłł, and Wilhelm (born in 1797), the second son of King Friedrich Wilhelm III of Prussia. Even their mothers, Princess Luise Radziwiłł, the daughter of Prince Ferdinand of Prussia, and Queen Luise were close friends. Together they fled with their families from Napoleon’s advancing troops to Königsberg. Twelve years later the constantly growing love between Elisa and Wilhelm became public knowledge. The king and his advisers were utterly shocked. A wedding between a Hohenzollern prince and the daughter of a Polish prince was not befitting his social status. Would Wilhelm marry his Elisa nonetheless? 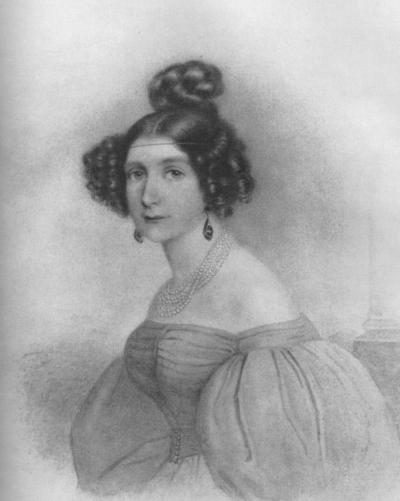 In the middle of June 1820, on the occasion of the Prince’s birthday, the Radziwiłł family came to stay for a few days at Schloss Freienwalde near Berlin. The castle had been specially built in 1798 for Queen Friederike Luise, but had stood empty since her death. Sometime later Wilhelm (ill. 1) also arrived there with his two brothers. Here Wilhelm and Elisa experienced the happiest days of their lives and declared their love for one other. Back in Berlin, Wilhelm was seen coming out of the Radziwiłł Palace in Wilhelmstraße almost every day. Disturbed by the public rumours that his 24-year old son was making advances to the 16-year old daughter of Prince Radziwiłł, the King consulted his advisers.

His brother-in-law, Grand Duke Georg von Mecklenburg-Strelitz, a brother of Queen Luise, thought that Elisa would make an attractive and excellent partner for his nephew because Prince Radziwiłł was one of the former ruling princes in the Empire. In 1515, the Polish/Lithuanian aristocratic family, Radziwiłł was raised to the status of Princes of the Holy Roman Empire by Kaiser Maximilian. Nonetheless the family had no territory immediately adjacent to the Empire because their huge amount of property lay outside its boundaries. Hence they had no seat in the Reichstag and as a result were not members of the Reich Council of Princes. There had been marriages between the Princes of Brandenburg and the Radziwiłłs for the previous 200 years. Thus Ludwig, the third son of Grand Prince Friedrich Wilhelm of Brandenburg, had married Princess Luise Charlotte Radziwiłł in Königsberg in 1681, she being the sole daughter and heiress to Boguslaw Radziwiłł, the vice-regent of Prussia. That said, at that time the Princes of Brandenburg had no regal office and were only awarded such status in 1701 when Friedrich III of Brandenburg crowned himself King of Prussia.

According to the law of the Hohenzollern house passed by Friedrich the Great, princes who were eligible to marry could only do so to daughters of ruling princely houses or sovereigns who were recognised by the Reich. Privy Councillor Friedrich von Raumer who was responsible for dynastic questions under King Friedrich Wilhelm III (ill. 2) drew up a report in which he pointed out that the marriage of Elisa’s mother, Luise Friederike of Prussia, a daughter of Friedrich the Great’s youngest brother, to Prince Anton Radziwiłł was not in accordance with the law. The King’s closest adviser, Reich Prince Wilhelm zu Sayn-Wittgenstein-Hohenstein, composed a list of daughters of twenty-nine reigning European royal houses who were still waiting to be married; thus Wilhelm’s marriage to a Polish woman was entirely unnecessary.

The children of the Radziwiłłs and the Prussian king and queen had spent a carefree childhood together during their three year exile in Königsberg. Whereas the parents feared for the continuing existence of Prussia after Napoleon’s victory at Jena and Auerstedt in October 1806, according to Dagmar von Gersdorff in a book she published in 2013 entitled “Auf der ganzen Welt nur sie“ (No One but Her in the Whole World), it was a time of great freedom for the children: “They spent the summer on the Amber Coast of the Baltic Sea, the winter tobogganing together and there were places to play in front of the Steindammer Tor [...] and in the old castle [...] Elisa could not only play with her siblings Wilhelm, Ferdinand and Luise, but also with Prince Wilhelm, his brother, the Crown Prince, who was two years older than he was, and his favourite sister Charlotte. When the weather was good they drove to the Dönhoffs in the country or to the large park owned by the Lehndorffs […] Here the children came into contact with people whom they would otherwise scarcely have met, the witty Humboldt gentlemen, the surly Freiherr vom Stein and the crooked Lord von Staegemann, even the poet Archim von Arnim, who worked for a newspaper and had a beard […] Prince Wilhelm found a friend for life in the oldest Radziwiłł son, who was also called Wilhelm and born in the same year and month as he was.” (p. 11 ff.).

In 1809 the royal family and the Radziwiłłs were finally able to return to Berlin after the King had agreed to Napoleon’s reparation claims. One year later Queen Luise (ill. 3) died at the age of 34. Princess Radziwiłł (ill. 4), the daughter of Prince Ferdinand and a cousin of the King, became a substitute mother for the 12-year-old Wilhelm. When the province of Poznan fell to Prussia in 1815 after a decision made at the Congress of Vienna – it was renamed the Grand Duchy of Prussia – the King appointed Prince Anton Radziwiłł (ill. 5), to the post of vice regent of the new Grand Duchy, and to the rank of Lieutenant General: and later he awarded him membership of the Prussian State Council. In 1817 the Radziwiłł family returned to Berlin to take up abode in the palace in Wilhelmstraße. They also had a residence in Poznan, and divided their time between residing in both places for long periods. By now Wilhelm, who was 20 years old, was not content to simply note their return in his diary. He began to meet up with the 24-year-old Elisa in the the palace in Unter den Linden where Wilhelm’s sisters lived, and the two regularly met up at parties and receptions in the carnival season, alongside trips to the country together. From now on it was quite clear for all to see that Wilhelm had fallen in love. A humorous ditty written by the Princesses using the initials of Elisa: “Eternal/Love/I/Such/Amenity” helped her to her nickname Ewig, (Eternal). She went on to sign her letters thus. In January 1818 Wilhelm met up with Elisa in Poznan on his return from St. Petersburg, where his sister Charlotte had married the brother of the Russian Czar Nicholas. “Elisa has really grown up and become somewhat stronger, and more to the point charming“, noted Wilhelm. 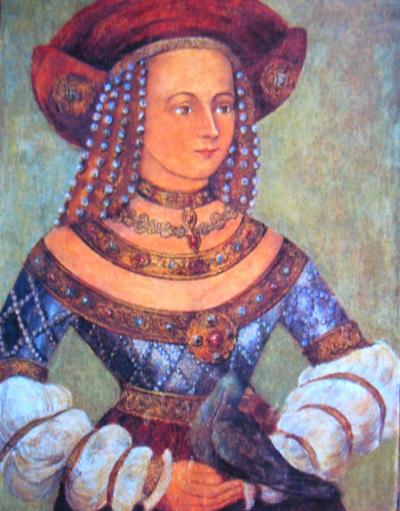 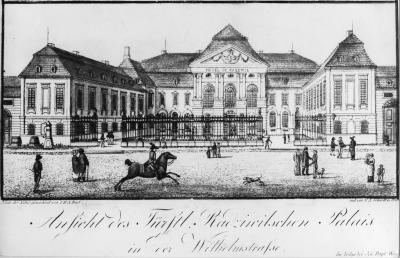 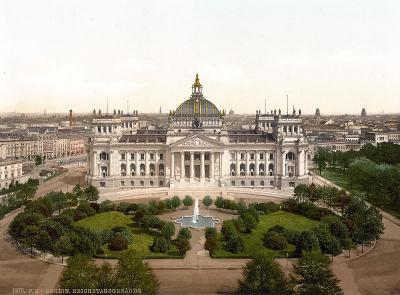