From the “pit” to the professional league: Poles and Masurians in Ruhr area football

In the Federal Republic of Germany after the Second World War the memory of players with Polish and Masurian family backgrounds in the national team and in club football was glorified into Ruhr district folklore and transformed into a harmonious component of the “grafter” heritage in the Rhine-Westphalian “pit”. In the huge migration area covered by the Ruhr area, this complex past was always present in the names of many active players like Hans Tilkowski, the goalkeeper in the German national team in the 1960s, who became a football legend as the “man in the Wembley goal”. That said, Polish and Masurian migration and its significance for the history of football remained forgotten in the collective memory for a long time. 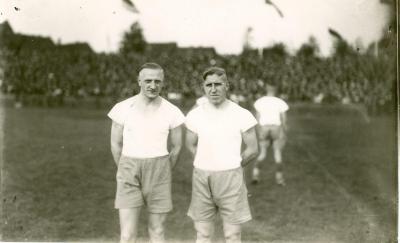 Before the First World War labour migration from the Polish-speaking provinces of the German Reich had led to the emergence of a Polish-speaking minority, estimated at around 300,000-400,000 people in the Rhine-Westphalian industrial region. In addition, half of them were migrants from East Prussia, especially Masurians, who were often confused with “Poles” and whose migration centre was Gelsenkirchen. The Masurians spoke an old Polish dialect, but in contrast to the “Poles” they were Protestant and traditionally Prussian. Hence they deliberately dissociated themselves from other Polish-speaking migrants in the Ruhr area. Nonetheless, the contemporary majority population confused Masurians with “Polish” immigrants and they suffered from the same experiences of discrimination. Academics too, have often found it impossible to distinguish between the different ethnic groups and identify them clearly.

The Ruhr Poles, who were predominantly employed in the Rhineland-Westphalian mining industry, soon organised their own civil societies in a widely differentiated system of associations in order to cultivate their native culture and language : women's associations, youth associations and gymnastics clubs (the so-called Sokołvereine), where male immigrants in particular came together in the spirit of Polish nationalism.

Weimar Republic: the rise of soccer

After the First World War, the Polish minority in the Ruhr area shrank to an estimated 150,000 people, less than 40% of its original size. This was due to emigration back to the re-established Polish state and further emigration to France, Belgium and the Netherlands. Before 1914 there had been separatist, national Polish tendencies in the minority population, including a flourishing club system, but for those who remained assimilation was now a rational choice for the future – and a career in football was an attractive option as a way out of the “pit” or any other physically heavy and unhealthy job.

Previous to this – in contrast to a long-established social-romantic legend – football in its infancy in Germany was not a workers' sport, but an area dominated by white-collar employees and bourgeois professions. This situation was to change in the Ruhr region after the First World War. Now the multi-ethnic and proletarian dimensions of football were gaining in importance among the region's immigration community. Especially in the immediate vicinity of the large collieries, teams with predominantly proletarian members and proletarian supporters emerged. Due to its proximity to the Consolidation colliery, with which the club was closely connected in terms of personnel and material, the football club Westfalia Schalke (later FC Schalke 04) became the prototype of a Ruhr district club that reflected the social reality of the immigrant community. Other “classical” clubs in the Ruhr area, like the Spielvereinigung Herten or Hamborn 07, now experienced their rise as clubs from the colliery estates. Polish and Masurian names – they can no longer be separated credibly at this time – were now commonplace amongst the region's clubs.

In the 1937/38 Gauliga season, 15 clubs from the Ruhr region played for the Gaumeisterschaft, with each club using at least one player with Polish roots: Rodzinski, Pawlowski, Sobczak, Lukasiewicz, Tomaszik, Piontek ... During the entire season, 68 players of this category are mentioned. In addition to the players, people with Polish names in a wide variety of functions were also frequently found in the clubs in the region. For example, the traditional club Rot-Weiss Essen, which counted numerous members with Polish names since 1919; these also included functionaries and employees. Until 1939, people with Polish name roots accounted for approximately 10% of Rot-Weiß Essen's membership. At the same time, however, name changes sometimes also became noticeable. This was a clear sign of the assimilation tendencies of the Ruhr Poles and their descendants who remained in the Rhineland-Westphalian Ruhr region: From 1931, one of Rot-Weiß Essen's employees was the groundsman Hermann Greszick, who changed his name to Kress in 1932. Other players changed their names from Regelski to Reckmann, from Czerwinski to Rothardt and from Zembrzyki to Zeidler ... Members with Polish names were also found in socialist workers' sport in the Ruhr area, e.g. in the board club of Arbeiter-Turn- und Sportverein Schonnebeck in Essen-Schonnebeck. Higher-class football in the district in particular was now strongly influenced by players with a Polish migration biography. Even the German national soccer team had players like Szepan, Kuzorra, Gellesch, Urban, Kobierski, Zielinski and Rodzinski among its ranks. 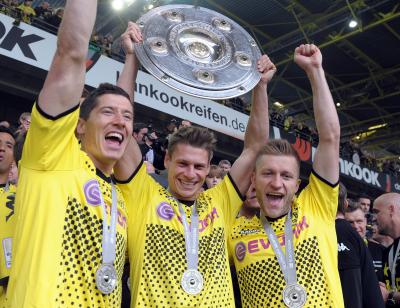 The three Polish players Jakub Błaszczykowski, Łukasz Piszczek and Robert Lewandowski played a major role in this success of Borussia Dortmund (BVB) in the 2011/12 season. 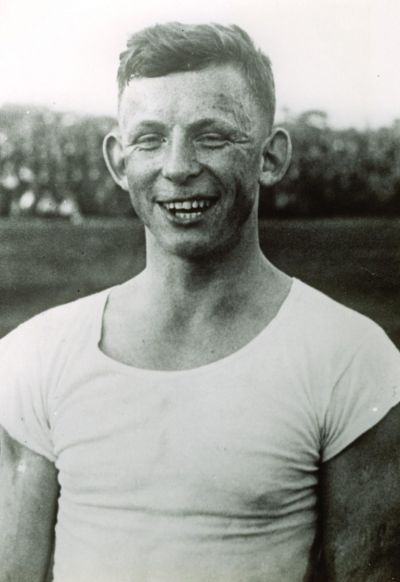 His football career would have put all the Klos’ and Podolskis in the shade. The way he played would have made him a superstar today like Messi, Ronaldo and Lewandowski. For he was the leading goalsco... 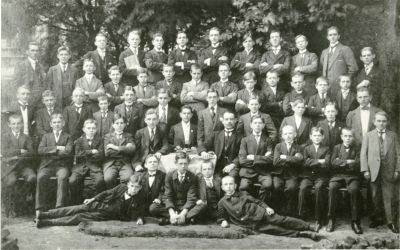 Since the middle of the 19th century, the so-called "Ruhr Poles" have been taking up industrial activities in the west of Germany, organizing themselves in the initial phase as a national team. Over t...