The presence of way over 300 Polish artists at the Munich Academy of Arts, private art schools in Munich, and in the Munich Art Society between 1828 and the start of the First World War can be ascribed to refugee movements. After the uprisings in 1830 and 1863 were repressed many Polish artists, mostly painters, saw no future in remaining in Poland and emigrated abroad. From the 1870s onwards they were the largest national group amongst artists in Munich, to such an extent that people in writings on art spoke of a “Polish colony”. Almost all of them remained conscious of their own nationality and upheld close links with Poland. Some of them stayed forever in Germany and were highly respected members of the “Munich School”. 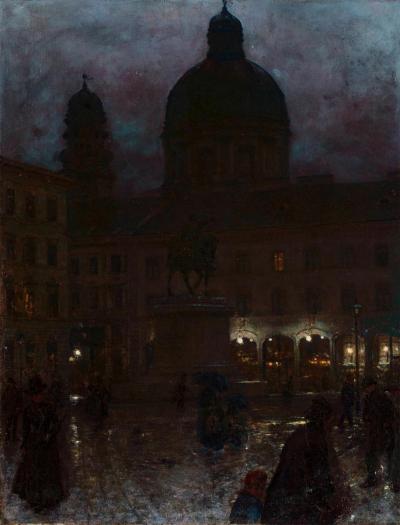 Under Wilhelm von Kaulbach, who was appointed director of the Munich Academy in 1849, and Carl von Piloty, who became a professor at the Academy in 1856, the Academy became an important centre of realistic historical painting in Germany. In 1858 Jan Matejko (1838-1893, Ill. 4) enrolled in the nature class given by Hermann Anschütz after he had absolved a complete course of studies at the Academy of Fine Arts in Kraków. True, according to Dariusz Konstantinów, Matejko found his “artistic ideals” in studying in Munich, but nonetheless saw that it was “no use studying there because the lessons are eternally boring, not for us, too ponderous, if I could I would leave for France today …”. After a short stop in Vienna in 1860 Matejko returned to Kraków. In 1873 he was appointed Director of the Academy of Arts there and is still regarded as Poland’s most important history painter. Another artist from Kraków, Parys Filippi (1836-1874), one of the most important Polish sculptures of his age, also came to Munich to enroll in the sculptor’s class.

Between 1863, the year of the January uprising, and 1875 over eighty Poles were enrolled in the Munich Academy. Alongside history painting, realist and landscape painting based on the French Barbizon School became more and more important. The Poles involved in art in Munich were a closed group. They tended to keep to themes from their fatherland, like views of villages, genre motifs from the everyday life of the country folk, scenes of horsemen, glorious events from Polish history and scenes from the failed uprising, all of which were extremely popular amongst the general public because of their picturesque qualities. They brought costumes, accessories and local sketches with them in order to create typical Polish scenes. The art historian Adolf Rosenberg – he was born in Bromberg/Bydgoszcz in 1850 – wrote the following about Józef Brandt (Ill. 5): “He creates the motifs for his genre and history pictures exclusively from the current life and history of his homeland, all of which are inspired by a typically Polish fervent patriotism. His pictures have a high ethnographic value thanks to his extensive study of Slavic types, old weapons and costumes and the melancholy landscape of his fatherland that resembles the Russian steppes […] One is almost tempted to believe that this Polish patriot had painted into these pictures his concern for the political fate of his fatherland and his opposition to the current situation there.”

Polish students at the Academy came into touch with the European art scene, especially the French Barbizon School of painting via, amongst others, the 1st International Exhibition of Art in the Royal Glaspalast in Munich. They often made up groups at the Academy. For their final diploma under Carl von Piloty three highly valued painters, Aleksander Gierymski, Władysław Czachórsky and Maurycy Gottlieb, jointly chose a literary theme, a motif from Shakespeare’s “Merchant of Venice“. At the end of the 1860s Polish students at the Academy began to take part in parallel courses at private art schools, whose teachers came from the circle of the Munich Art Society. Here they wanted to polish up their techniques in special courses like landscape painting. Brandt and a further eight Polish painters including Juliusz Kossak, Maksymilian Gierymski and Jan Chełmiński studied under the painter of horse and battle scenes, Franz Adam.

Brandt, the most important representative of Polish art remained in the Bavarian capital for the rest of his professional life. In 1877 he married Helena von Woyciechowski Pruszaków, the owner of the Orońsko estate, where he organised a painting academy during the summer months along with other artist colleagues. He is still regarded as one of the most famous history painters in Poland, and under the name Josef von Brandt he is seen as an important representative of the Munich School. Maksymilian Gierymski (1846-1874, Ill. 6), who began his studies at the Munich Academy in 1867, also made a name for himself in both countries as a master of realistic battle paintings. Alongside motifs from the January uprising he mostly concentrated on painting horses and hunting scenes from Masovia. In 1874 he became an honorary member of the Berlin Academy, and died in the same year in Bad Reichenhall. Just five years later (as Max Gierymski) he was the subject of a comprehensive article in the Allgemeine Deutsche Biographie . His brother, Aleksander Gierymski (1850-1901, Ill. 7), who arrived in Munich one year later, studied there until 1872, after which he went to Rome. His paintings of views of Munich (title illustration) were created during later stays in the city. They can now be found in the National Gallery in Warsaw. Władysław Czachórski (1850-1911, Ill. 8) was previously at the Academies in Warsaw and Dresden, before studying under Piloty in Munich from 1869 to 1873. After stays in Italy and France he finally settled down in Munich in 1879, where under the name of Ladislaus von Czachorski, he became a recognised portrait artist amongst the wealthy middle-class, as well as being appointed an honorary professor at the Munich Academy. 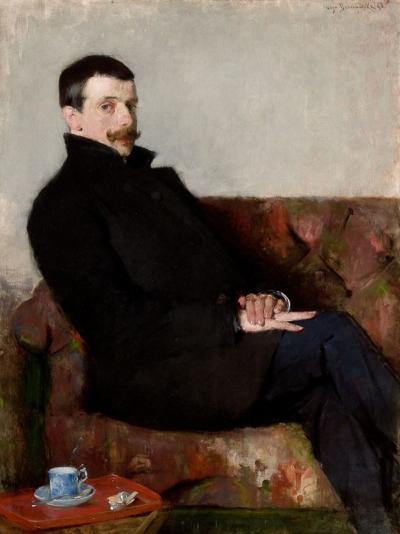 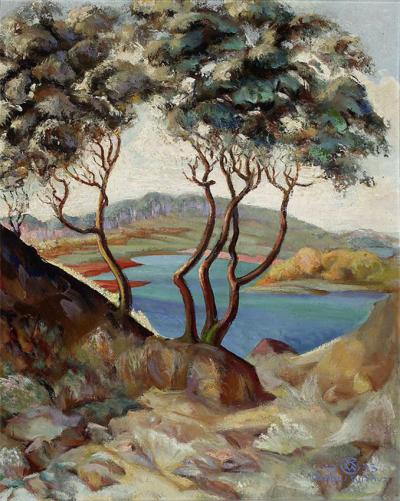 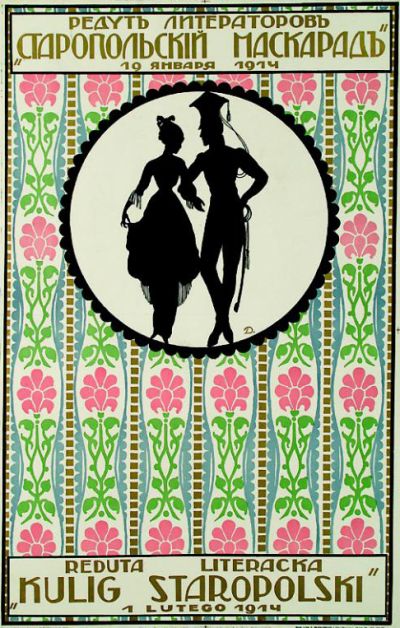